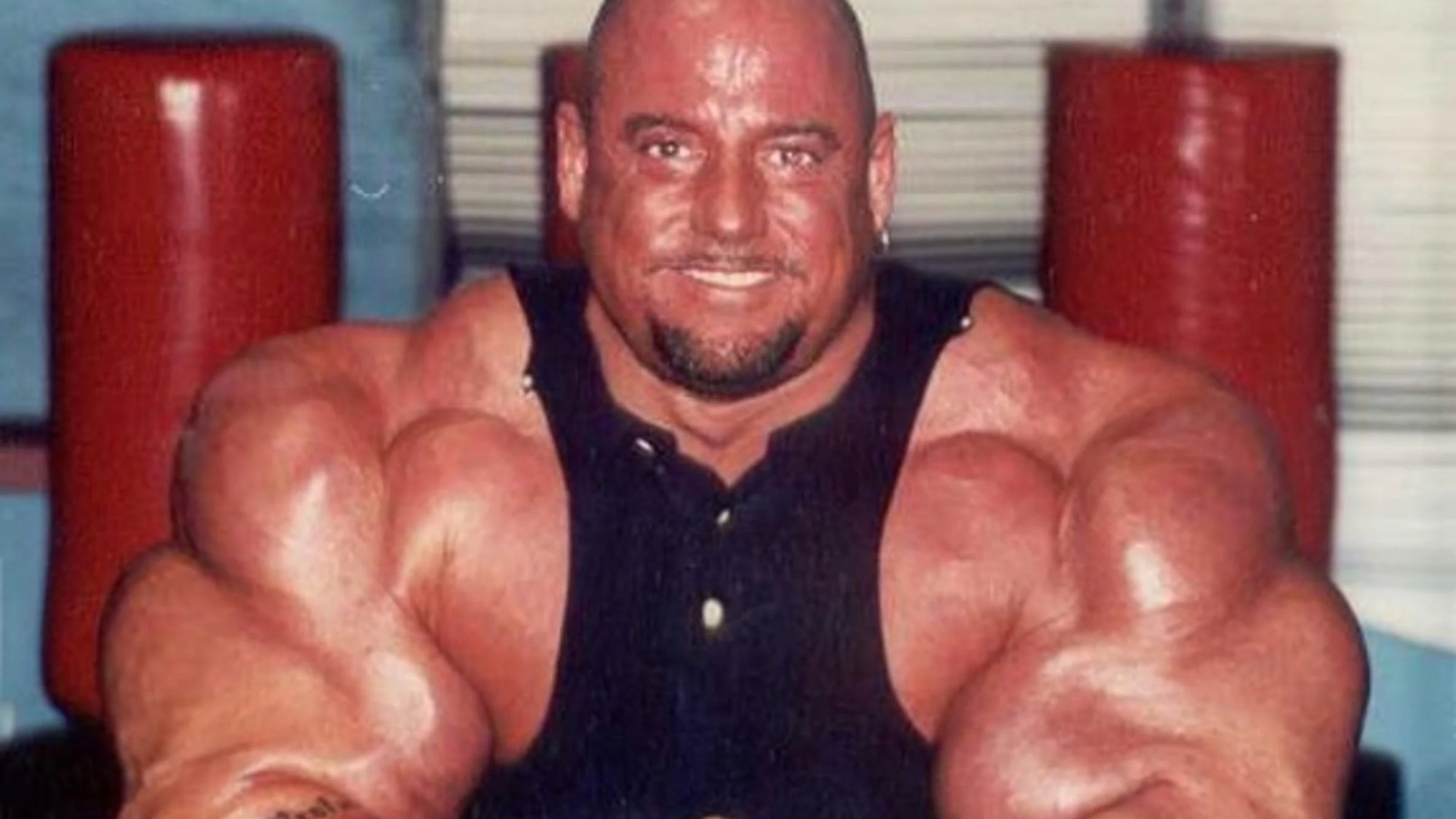 A BODYBUILDER who admitted he was lucky to be alive after his huge fake bicep exploded while taking steroids now looks unrecognizable.

Gregg Valentino – one of the most controversial yet popular bodybuilding icons – started lifting weights at the young age of 13.

After over 23 years of training Gregg decided to try steroids and his arms grew from a natural 21 inches to a jaw-dropping 28 inches.

But the steroid injections and crippling workouts ended with his bicep “exploding” and requiring surgery.

He now admits he is lucky to be alive.

Gregg wasn’t always a steroid junkie – he started training in 1972 and trained naturally for more than two decades. 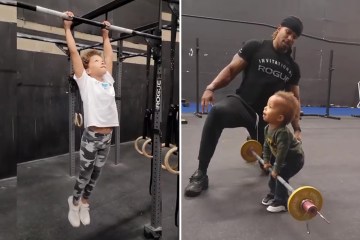 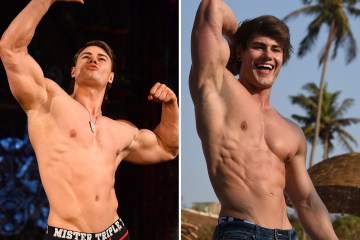 At his natural best, his arms still measured an impressive 21 inches.

But Gregg decided to try steroids after noticing men half his “lifting age” were bulking up at a faster pace than him, Mens XP reports.

It sparked a drug-fuelled drive to get as big as unnaturally possible.

He started using synthol – a drug injected right under the muscle tissue and pushes the muscle upwards, making it look bigger and fuller.

He injected synthol stacked with equipoise and test-propionate- about 3000mg a week – into his biceps.

Equipoise is used by bodybuilders to ramp up endurance, muscle mass and the production of red blood cells in the body.

It meant Gregg ended up with monstrous 28 inch biceps from the drugs.

But his reckless steroid journey came to an explosive end when he accidentally punctured an abscess while reusing a needle.

The infection caused his bicep to blow up with pus and he had blood pouring out of his arm for hours.

He was rushed to hospital and his bicep had to be cut open to drain the synthol and the infection.

Gregg’s traumatic story featured on a documentary titled The Man Whose Arms Exploded, showing distressing images of him with a needle sticking out of his arm and pulling blood and puss out of his biceps.

In 2001, he was also caught dealing steroids.

He previously told ESPN that too many people are “hypocritical” when it comes to discussing issues surrounding use of performance-enhancing substances.

“The world would shut down tomorrow if we took away the ultimate performance enhancer: caffeine,” he said.

“If you stopped everybody from drinking their coffee, taking caffeine, I bet you tomorrow half the people wouldn’t be able to function.”

At the time, the saga drew criticism from many in the bodybuilding community as he was branded reckless and a bad influence in the industry.

But Gregg is unrecognizable these days after returning to a more natural look – and it’s been many years since he took a healthier approach to steroids.

On Instagram, he still describes himself as a “bodybuilding icon”.

But his biceps are much smaller and he appears to have swapped his obsessive bodybuilding days for a calmer life.