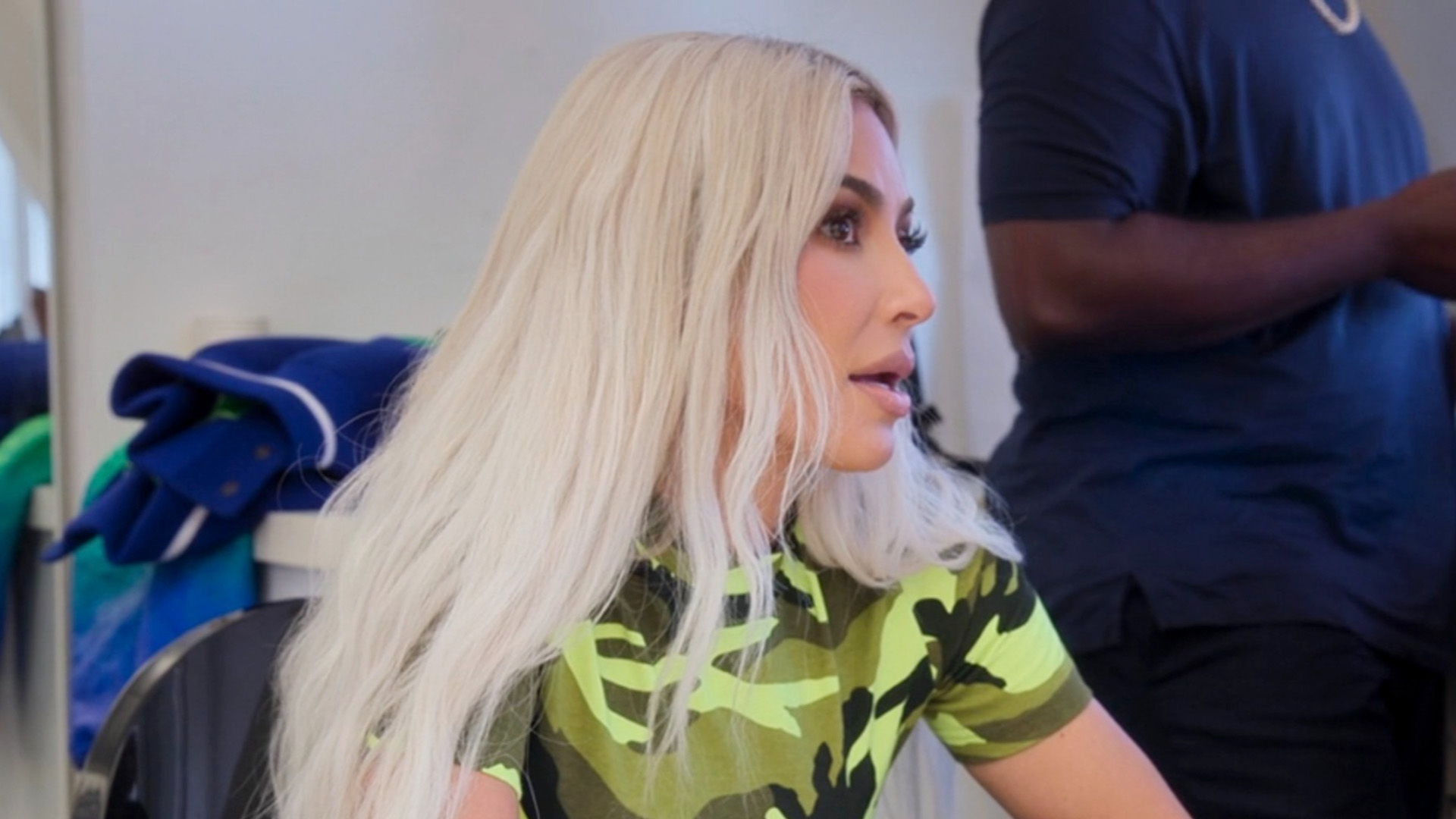 KIM Kardashian has left fans stunned after a conversation she had with her daughter North aired in the finale of season two of The Kardashians.

During the latest episode of the Hulu series, nine-year-old North is seen accompanying her mom Kim and her grandmother Kris Jenner on a trip to Paris for Couture Fashion Week.

In one scene, Kim, 42, and Kris, 67, met up with French fashion designer Olivier Rousteing and North tagged along.

As the tween sat at a table eating french fries and drinking a can of Coca Cola, her mom decided to reminisce about the night that North was conceived with Kanye West.

Referring to her “good friend” Olivier, Kim told her eldest child: “Northy, I’ve known Olivier since before you were baby. And he gave daddy this blue dress that daddy wanted, for me, it was my birthday, the year before you were born.

“And I wore the dress and I got pregnant and you got in my belly the night that I wore that dress,” she revealed.

North didn’t exactly look impressed as Kim added: “So, Olivier might have a little something to do with the reason you’re on this planet.”

Viewers tuning in to the latest episode of The Kardashians were shocked and took to Twitter to comment.

“Not Kim telling her North that Olivier Rousteing is part of the reason that she’s was conceived,” one person posted.

Another said: “Kim telling north that this is the specific night she got pregnant of her #TheKardashians,” followed by several crying face emojis.

A third tweeted: “LMAO not Kim telling North she got pregnant when she wore the blue dress #TheKardashians.”

Over on Reddit, fans were also discussing the shocking scene as one person wrote on a thread: “North really didn’t need to know what her parents were wearing when they had sex to conceive her! I would be mortified watching that back if I was Northie mom! Stop talking!”

Another person claimed: “Byeeee North DID NOT CARE about that blue dress.”

Elsewhere in the finale episode, Kim suffered an embarrassing wardrobe malfunction that forced her to protect her modesty with her hands.

The scene occurred towards the end of the episode as Kim, Kris, and Kourtney Kardashian gathered at Khloe Kardashian’s house to spend time with her and her newborn son.

The family sat on a small couch in one room, marveling one by one at the newest addition to the family.

After a while, the Good American founder’s eldest child, True Thompson, snuck out of where she had been – off camera – and popped into the room as the ladies were taking turns saying how “proud” they were of one another.

Kim laughed as she said: “We’re proud of you, True.”

She was playfully shooed off but as the SKKN mogul leaned forward, it appeared her zip-up top opened up too far and exposed her breast.

Fans didn’t actually get a look at the wardrobe malfunction but did catch Kim’s recovery attempt as it unfolded as she displayed a shocked facial expression due to the unexpected moment.

As she zipped her top up, she squealed “oh!” as her jaw dropped while she covered her chest with her hands.

Kim, their mom Kris, and her sisters all had a laugh about the moment before moving on.