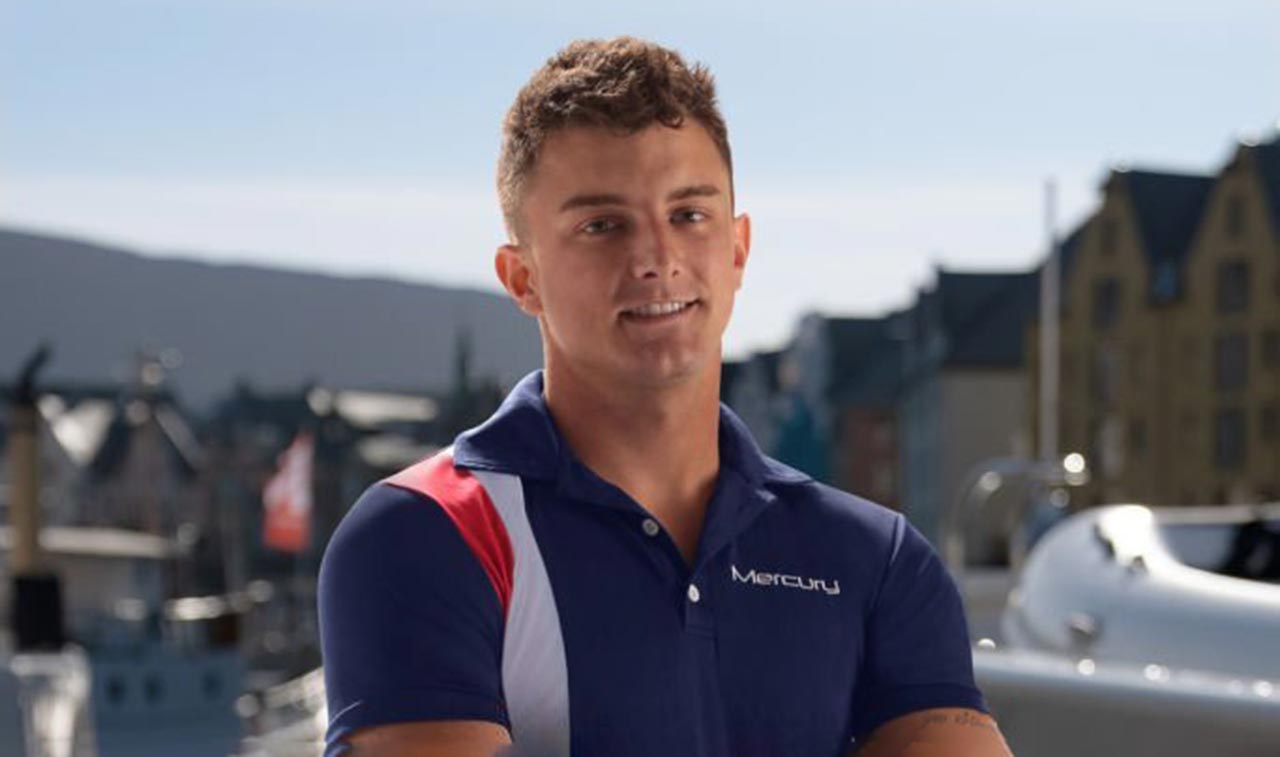 Kyle Dickard has landed himself in another controversy. It comes days after it was confirmed that he was kicked off from Bravo’s Below Deck Adventure.

Kyle Dickard recently was taken into custody for causing a ruckus at DRV PNK Stadium in Fort Lauderdale, Florida.

Additionally, he took to Instagram to share footage of the stunt that eventually led to his arrest.

In the video, he can be seen running toward the field shirtless while waving a Colombian flag. The security guards on the other hand try to get hold of him but Dickard initially manages to dodge them. However, shortly after the guards take him down.

Moreover, Dickard uploaded a mugshot of his arrest. He outlined the post with a caption that read, ‘How it started vs. How it ended.’

Meanwhile, it is reported that Dickard is facing three charges of disorderly conduct, resisting without violation, and bribery of a public servant.

Besides that, the arrest affidavit reads, ‘As security attempted to escort the DEF [Kyle] off the field, he was pulling from security and not complying. At some point during the scuffle. The DEF swung his arm to evade security. Striking the security guard in the face.’

It further said, ‘Once in custody, the defendant made multiple offers to “break off” and pay police officers $300 in exchange for letting him go.’

Kyle Dickard gets axed from Bravo’s Below Deck Adventure

Kyle Dickard had a feud with a fellow crew member during the airing of the first three episodes of Below Deck Adventure.

However, he was ultimately cast out of the series over his rude behavior towards co-star Nathan Morley.

Morley took the issue to Captain Kerry Titheradge after being fed up with Dickard’s constant attitude. Meanwhile, Titheradge decided to let go of the deckhand and offered him the option to resign, which Dickard accepted.

In the meantime, Bravo hinted about Dickard’s firing before the premiere of the show.

It read, ‘With over five years of experience on the sea, Kyle is a strong deckhand excited to sail new waters. His southern charm often gets him out of trouble. ut when he gets into a disagreement with another crew member, he finds himself in hot water.’

Besides that, Bravo released new episodes of Below Deck Adventure season one every Tuesday at 9.00 pm ET.