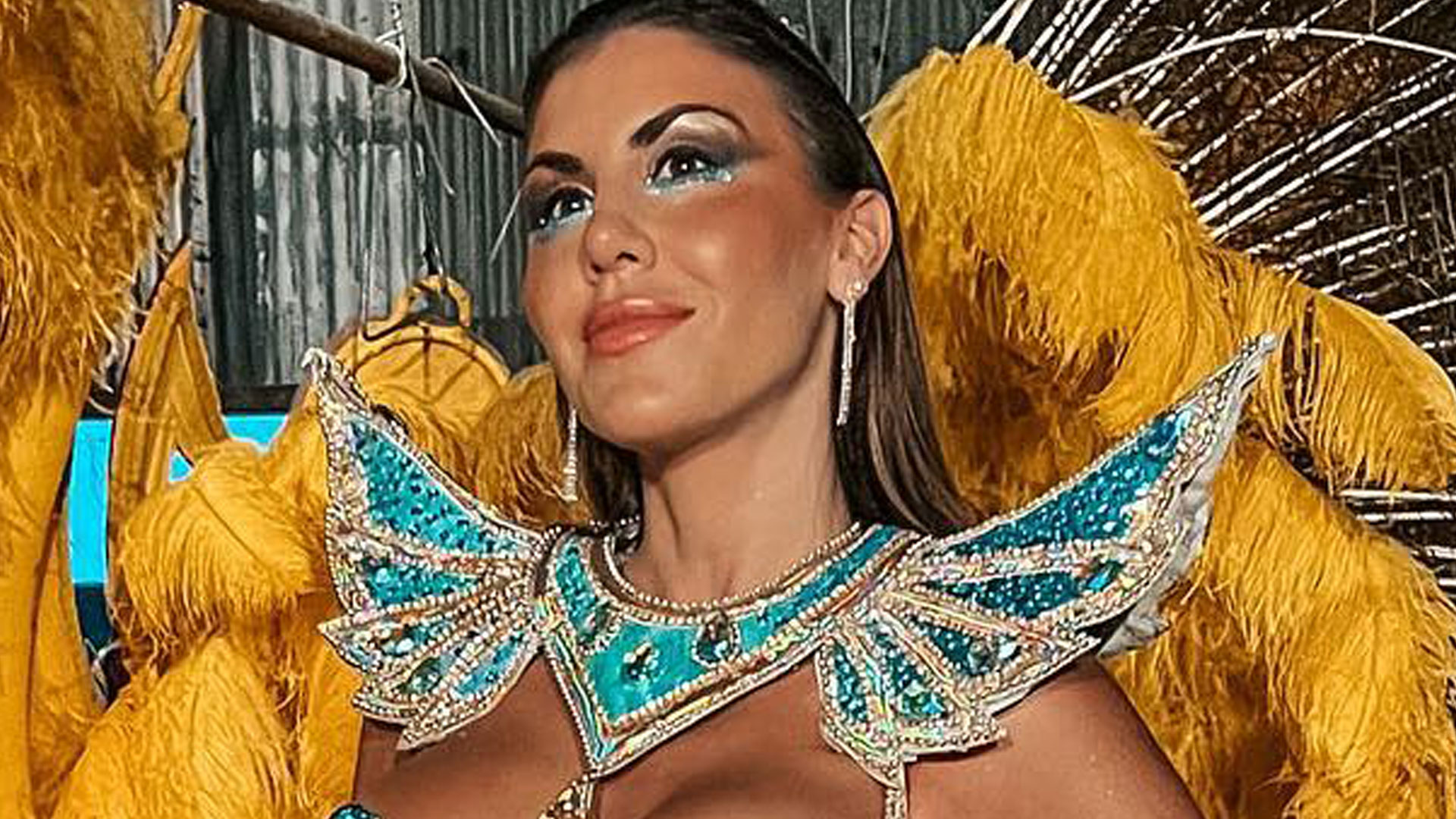 LISANDRO MARTINEZ’s girlfriend Muri Lopez left very little to the imagination as she dazzled in a carnival outfit.

The Manchester United star’s showgirl partner has made no secret of her love of dressing up in outrageous costumes.

And Muri gave fans an eye as she posed for photos with her latest tight number.

The stunning wag smiled as she showed off the flamboyant design, which appeared to be based on a peacock.

But Muri may need to pack more to get through her first winter in freezing Manchester.

The Argentinian beauty made her way to England with Martinez last summer when the defender completed a £55m move from Ajax.

Muri and Martinez have no children, but do own a French bulldog named Polo.

As Martinez completed his United move, Muri celebrated by posing in a barely-there swimsuit.

And the beloved duo are also known for frequenting the chic Italian restaurant Don Giovanni in the heart of Manchester city centre.

Things could have turned out differently had Martinez opted for a move to Arsenal instead.

But United boss Erik ten Hag claims the defender can’t be stopped from following him to Old Trafford from Ajax.

Ten Hag revealed: “Did I find it difficult to get Martinez away from Ajax?

“I had such a lovely time there, how we experienced the process together.

“We brought Ajax back to the top of Europe from the ground up. This project is very close to my heart.

“But Martinez himself wanted to leave Ajax anyway. If we hadn’t taken him, he would have gone to Arsenal.

“They wanted him anyway, he was a top priority there. Licha (Martinez) called me at one point: ‘Coach, listen, I’m leaving Ajax anyway. I can sign for Arsenal, but if you want me, I’ll leave.’ to Manchester United.’

“Then I thought, ‘I shouldn’t shoot myself and United in the foot either’. He really wouldn’t stay in Amsterdam, there was no question about that. Then we struck and it all worked out.”