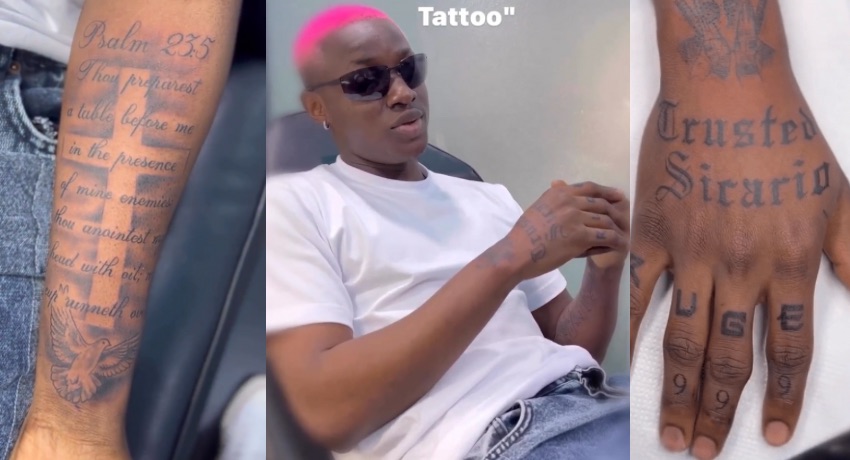 Nigerian Singer, Ruger has gotten his first set of tattoos and can’t keep calm about it.

A clip of the ‘Girlfriend’ crooner getting the tattoos all in one go has made its way online.

In the video, Ruger who got inked on multiple places on both hands, revealed that he delayed getting tattoos because he didn’t want to have anything that wasn’t meaningful to him on his skin.

He noted that every ink means something to him, from one signifying his loyalty to another showing his ability to deliver. Ruger also has a tattoo of his favorite marvel character, Deadpool; a Bible verse, a gun with a silencer and rose flower, his date of birth, his stage name, a dove and a cross among others.