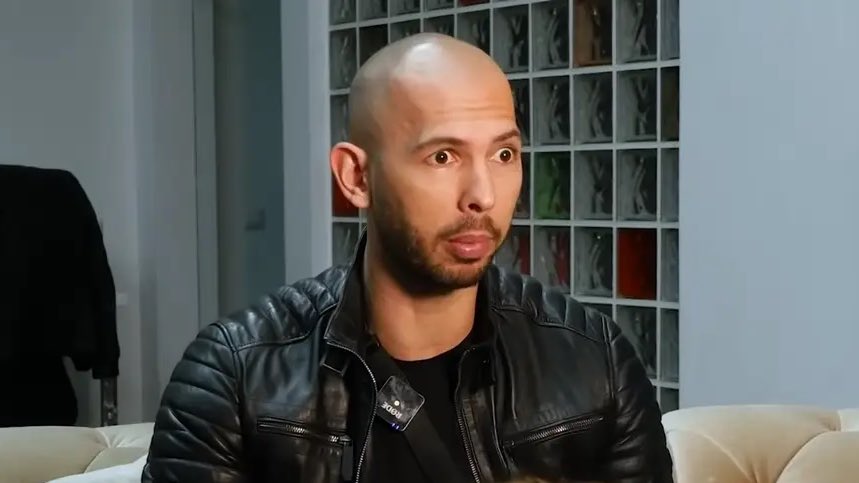 Andrew Tate, the famous internet personality currently incarcerated in a Romanian jail, recently complained that his prison cell was dark, filthy, and infested with lice, cockroaches, and bed bugs. On January 23, Tate tweeted that he had been allowed to receive mail by the court. The singer shared his email address with his fans so they could write to him. Additionally, Tate sent a message to the subscribers of his website. His email was titled, “My first email from imprisonment.” He wrote: I am being broken. I was locked inside a cell without light. In the following paragraphs, he lamented the fact that bed bugs, lice, and cockroaches are his only friends at night. Tate was arrested for allegedly coercing women into performing in adult content along with his brother Tristan Tate and two other women on December 29, 2022.

They finally allowed me to receive mail.

You can send me your letters here.
[email protected]

“They are trying to break my Iron Mind with unjust imprisonment. My absolute respect for everyone around me is my act of absolute rebellion. They cannot break me. My guards know I am innocent.” pic.twitter.com/Mu9mMn5ork

Tate and his brother, who have denied the allegations against them, gained fame on social media last year after showing off their videos on TikTok. Following Elon Musk’s takeover of Twitter, the controversial kickboxer, nicknamed “Cobra” during his career, has reinstated most of his social media accounts. The four suspects, including Andrew and Tristan, have been accused of creating an organised crime group with the purpose of recruiting, housing and exploiting women by forcing them to create pornographic content, according to Romanian prosecutors. They would have made huge sums. Tate has been active on Twitter since he was imprisoned, although it’s unclear whether the messages are coming from him directly or from someone on his behalf.

Andrew Tate reveals that he is living in inhuman conditions in prison with “cockroaches, lice and bed bugs.” pic.twitter.com/NBXMXkZytX

Although Andrew Tate Prison Cell Is Riddled With Insects, He Claims To Be A Model Prisoner

While imprisoned in abhorrent conditions, the British-American business mogul regarded himself as a model prisoner in his mail. Whenever the guards bring me into or out of the courtroom, I remain exceptionally respectful. Tate has even mentioned that his guards are aware that he is innocent: My guards know that I am innocent. There is no doubt that it is unjust. According to Andrew Tate, the guards respect his resolve and know he will never break. They try to fill my heart with hatred, he said. Please and Thank You are always with me. Wudans do things in this way. The newsletter also expressed Tate’s empathy for prison guards, saying they must take care of their families, too.

As Andrew Tate addressed his subscribers, he reminded them not to forget their manners even in hard times. According to Tate, the system is trying to break his “Iron Mind” through “unjust imprisonment”. The way he behaves respectfully towards everyone around him is his way of rebelling. Despite being in custody, Andrew Tate has access to the Twitter platform, where he has over 4.7 million followers. It remains unclear, however, whether the tweets are written by him or someone acting on his behalf. In addition to being banned from other social media platforms, Tate also preached misogynistic views on other platforms.